Endocannabinoid System: Everything You Should Know

What is the endocannabinoid system?

How does the ECS work?

The ECS uses endocannabinoids, receptors and enzymes as its three core components. Lets discuss these:

Everyones body is riddled with thousands of receptors. These receptors require endocannabinoids to bind to them in order to signal to the ECS when action must occur.

Once the Endocannabinoids have completed their function, enzymes are responsible for breaking them down.

There are two main enzymes responsible for this:

Homeostasis: The role the Endocannabinoid System

Research has linked the ECS to the following body processes:

Homeostasis, which is the process of reaching a stable equilibrium  within your internal body environment is aided through all the above mentioned functions. For example, if an external energy, such as being injured which causes you pain, this pain will cause your body’s homeostasis to be off balance. This is when your ECS kicks in to help your body return to its ideal place of operation.

Basically, homeostasis is your body’s efforts to keep everything in the right zone. It tries to keep your internal environment stable and optimal no matter what’s going on in the environment around you. When something is operating outside of the right range, your body activates the ECS to help correct it. So when you’re really hot and begin to sweat, thank your ECS for working to cool you down. Stomach growling? That’s your ECS helping remind you to eat because you need fuel.

Your body and the Endocannabinoid System

Your body is super smart and therefore only activates the ECS when it is needed! For example, if your hormones are imbalanced, it will work to balance them without changing the functioning of other bodily functions. After the initial activation to create balance, our bodies then send along enzymes to break down and prevent them from going too far and upsetting the balance in the opposite direction.

Due to this fantastic trait of cannabis products to stimulate the ECS, they’re obvious targets for potential treatments. This is leading to extensive research ongoing throughout the world. For example, a modern drug, nabilone is made from synthetic cannabinoids, meaning they have been made in a lab to recreate natural cannabinoids.

Initial research conducted on the endocannabinoid established that ECS receptors were only present in the brain and nerves. Although, this has since been ruled out and modern scientists have found that the receptors are present throughout the body, including in our skin, organs and bones etc. Endocannabinoids are therefore, one of the most universal and multifacted signaling molecules known to mankind.

THC and the Endocannabinoid system

THC causes the brain to release dopamine, which leads to the positive emotions and “high” experienced when recreational marijuana is consumed. This THC cannot be synthesized in the same way as other cannabinoids, so it stays with the cannabinoid receptor for a much longer time. This is why people who consume THC feel high after the other effects have subsided. On the other hand, CBD prevents these enzymes from synthesizing and degrading the endocannabinoid that is attached to the CBD receptor. This causes feelings of relaxation, and consumers do not feel high at any point.

Essentially, THC activates the CB1 receptors, and CBD blocks them. The 0.3% THC in full-spectrum CBD products is not enough to cause any psychoactive effects. Any minimal psychoactive effects in these products are also inhibited by the effects of CBD and the other non-psychoactive cannabinoids. Recreational marijuana with high concentrations of CBD could even actually prevent THC-induced psychosis.

We now know that the ECS plays a big role in maintaining stability of our internal processes. However, it is important to note that simply consuming cannabis or activating the ECS will always results in our bodily functions becoming ‘right’. Keeping this in mind, there is much to still much to research and still a lot we do not know about the Endocannabinoid system in the human body. 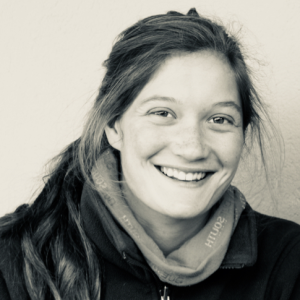 Megan is a lecturer, with a special interest in the human psyche. Megan enjoys spending her free time in the ocean and out on the mountains. She believes that CBD can be beneficial for most people, provided that proper research, medical acknowledgment, and application is adhered to. Through her work at CBD Reviews Today, together with the rest of the team, she wishes to provide everyone with unbiased high-quality product reviews.

PrevPreviousIndica vs. sativa, what is the big deal?
NextA Guide to CBD Dosage: Things You Should KnowNext